Two Hands and a Head

The exhibition Two Hands and a Head includes new works by Esther Kläs, Özlem Altin and Eva Koťátková; the works collaboratively arranged in the exhibition space invoke the impression of a fragmented, maybe incomplete body being reduced merely to its main communication apparatus – head and hands. The body as a ruin, represented here through traces and isolated abstract shapes referring to an organical origin, always points back to an initial completeness or describes a functionality which must remain unclear. It is not clear if the fragments have already gained their own identity or independence or if they rather are still subordinate to a certain complete whole and are waiting to be reassembled again.

Özlem Altin draws from a vast collection of found imagery, which she combines and contextualizes with her own photographs, paintings and sculptural works into complex installations. In an everchanging and fluctuating work process Altin deals with the representation of the human body in states of exhaustion, passivity and dissolving subjectivity: „The protagonists in my work are without definite identity, perhaps at identity’s degree zero. The human body fascinates me at the very moment when representation transforms it, when its depiction is taken to an abstract level. We therefore no longer see a person, but rather a type, an object, a trace – a person appearing reduced to a minimum of presence. Instead, what emerges is a sense of inner states or external restraints of the human existence.“

Esther Kläs …stones from ancient history that are abstract and washed down with time by natural elements. Their surface, an imprint of nature, memory of a timeless landscape. Her work is not intended to be a subject for judgment,assessment or an allusion to something else. Their matter-of-course-like way gives them the status of independent beings extracted from the surrounding world. Esther observes elementary principles of these objects given by their position and movement. She concentrates on how their presence defines space and how it communicates with the viewer through spatial relationships. By her presentation of lying, standing or levitating figures, she maintains interest in the basic relationships of the figure with its environment.

In her works, Eva Koťátková materializes the feeling or situation of mental restriction, which either comes from the outside in the form of internal rules of institutions, determining educational processes, and rules for communication acts, or which takes place in one’s head under the influence of the character preconditions of each individual. She makes invisible cages, hurdles and barriers, walls and other types of restrictions and properties, often created for one’s own body visible. On long-term basis the cardinal topic for her has been the situation of an individual who, although he finds himself inside specific social structures, is not able to integrate in them actively and meaningfully. She works with drawings, objects, installations as well as live actions. However, she primarily stages structured wholes with their own orders or systems. Rather than by individual works or media, her works are formed by repeating motifs, which gain new contours with every new arrangement. Her more extensive work Theatre of Speaking Objects (Divadlo mluvících předmětů) uses the method of indirect communication and objects as the intermediary for speech. The objects borrow the voices of their passive owners and they describe, more or less, coherent stories about human isolation, differences, detachment, articulating or other difficulties. In her recent work, she tests alternative methods of non-verbal communication, unarticulated expressions through movement, unidentified sound, pantomime, and versions of sign language.

The exhibition is supported by Czech German Fund of Future 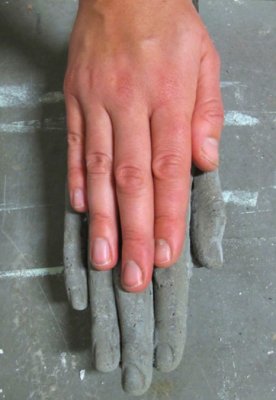 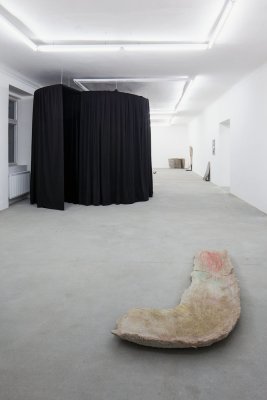 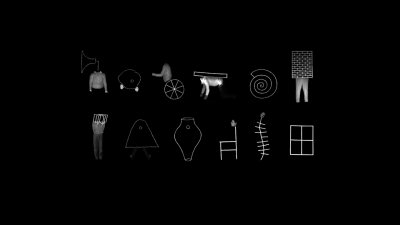 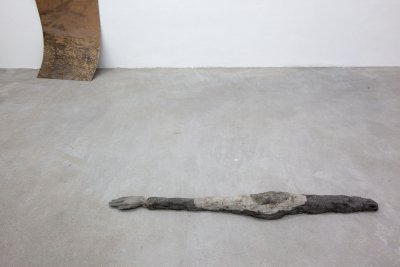 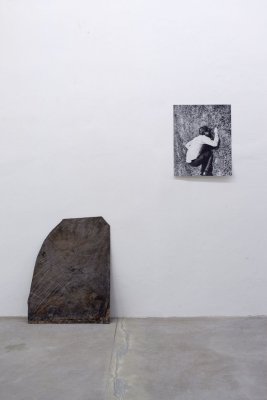