opening on Tuesday May 28 at 6pm

Bucket – a container for carrying and keeping small objects or parts of bigger units. The composition of the selected particles can be either completely random, or as it is in our case, intentional. However, it is always based on the logics of a specific situation of the pre-determined chosen context. The particles in a language determine the relationship of the speaker, an artist in our case, to a given testimony, in other words to the selection of works for the exhibition – the contents of the bucket. In essence, the contents of the bucket are always fragmentary, in our case, however, the fragmentism is double. This does not only concern formal fragmentism, or the nature of the material contents of the bucket where the selection of works to be exhibited is a sort of assemblage – a cut of the elements of the author’s work, but it also concerns the fragment as the contents. The essence of the fragment serves here as the framework for further contemplation.

The Slice of the Polish author Monika Zawadzki is not only a black mass, but just like the silhouettes of the live beings, which are so characteristic for her work, it is also the reflection – shadow of the human / live community. The reduced colour and the minimalized, almost alphanumeric form, which are typical for the work of the author, refer to a certain form of universalness. The hybrid and genderless creatures, rid of all individualisation features, can be perceived, on the one hand, as a projection area, and on the other hand, however, one cannot resist their material nature, which often makes them almost dreadfully present. Nevertheless, we are confronted with a slice which is rather a silhouette – a shadow of the slice itself. Perhaps that is the reason it evokes so many emotions in the famished.

The unconventional arrangement of the particles opposes the well-known. The slice does not taste the same, the t-shirt does not fit and the world appears to be subjected to new possibilities of classification. Stabilized schemes appear to be dysfunctional. What is the essence of an individual? What makes him unique? What is his relationship to the surroundings and where are his borders? What is the hierarchy, what is a mask and what is reality? And does it still really matter when the slice on the t-shirt has turned black and is practically invisible? 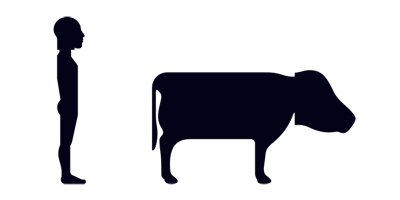 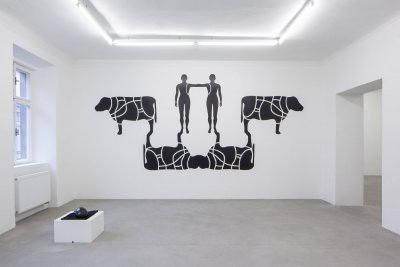 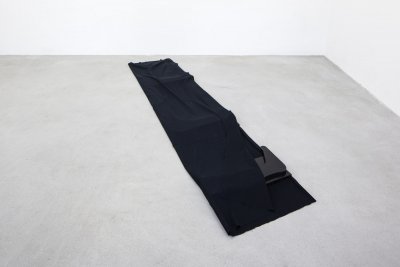 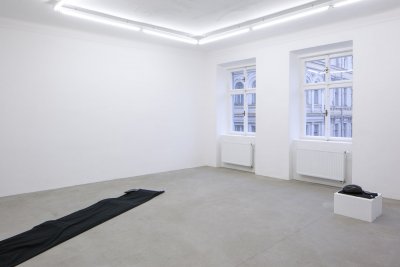 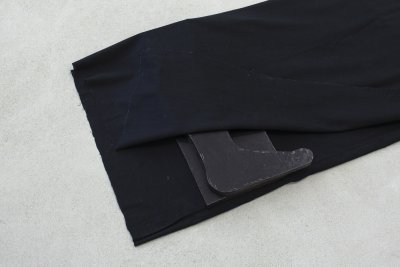 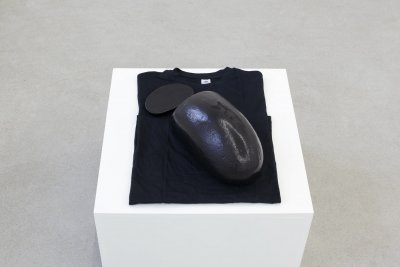 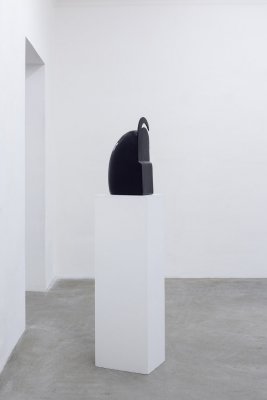 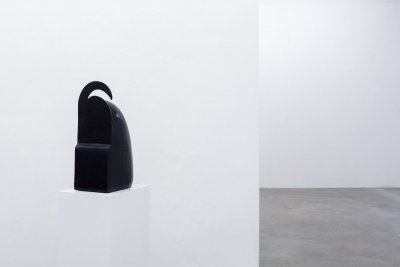 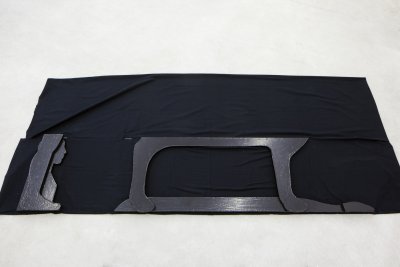