Matěj Smetana switches freely between various media, primarily objects, installations and moving images. In the exhibition Mechanik / Mechanic, he presents works whose common feature is a search for correlations between the natural sciences and artistic creation. Although his “discoveries” as a rule have no practical utility, his interest, persistence and sense for accuracy are as serious as can be expected from a genuine researcher. Smetana applies and analyzes the phenomena and laws we know from the world of science in the field of fine art. With the aid of sequential series of photographs, objects, interventions and animation, he investigates the mechanics of natural phenomena, the character of materials and the movement and processes of natural metamorphoses. The exhibition may be viewed also as a guide of sorts to the thinking of its author or, for example, as a workshop or laboratory.

The untitled intervention in the window pane, already visible from the entrance gate, deals with the relationship between the shape of the aperture in the broken window and the fractal arrangement known as the Koch snowflake. The adjacent Magnifier is concerned with the understanding of space when a glass lens is used and correlations with the functioning of the human eye.

The object Architekton 2 builds on a previous realization of Smetana’s in Behrens’ New Synagogue in Žilina. The work connects Kazimir Malevich’s concept of the architekton, carried to extremes, with the American Minimalists’ notion of structuring of space on the basis of mathematical rules. It also represents a non-functional architectural element of the staircase.

The kinetic object Star 2 is a genuine clock mechanism, in which all three hands are extended to concentric crosses. The piece is a loose sequel to the moving installation Star (2011, Sculptures in the Streets, Brno).

The sequential series of vector drawings Cave follows the tectonic process of extremely slow growth of cave stalagmites and stalactites to the point of totally filling the space.

The stroboscopic moving image Mechanical Principles refers to the eponymous 1930 film by Ralph Steiner. The original film was converted into an animation in such a way that the individual shots of real mechanical elements are defined only by alternating light and dark.

Matěj Smetana (*1980) studied intermedial art and painting under Petr Kvíčala at the Brno Faculty of Fine Arts. He undertook his doctoral studies at the Academy of Fine Arts in Prague under Jiří Příhoda. In 2014 he was one of the finalists for the Oskar Čepan Award. 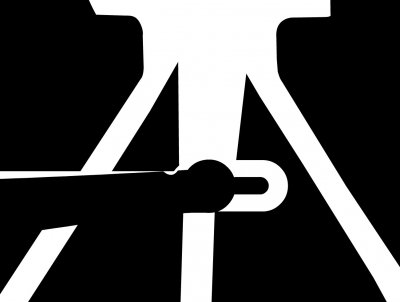 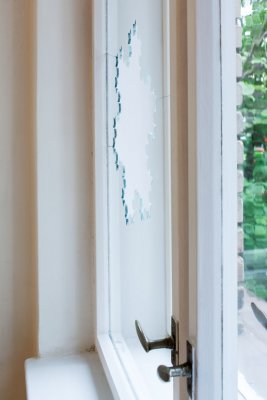 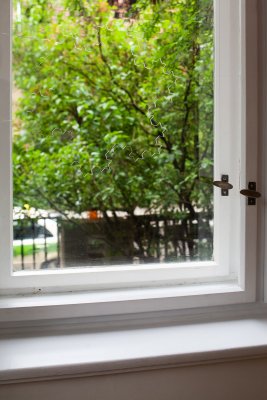 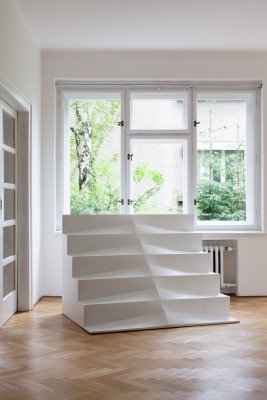 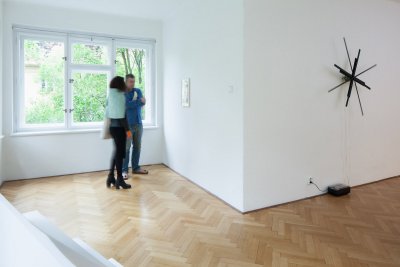 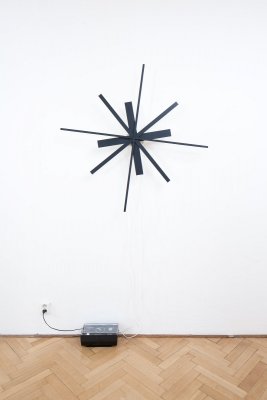 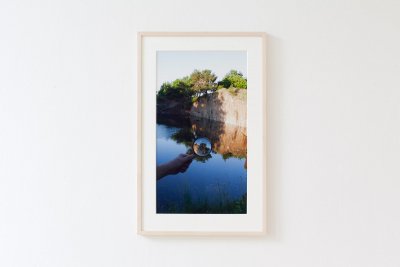 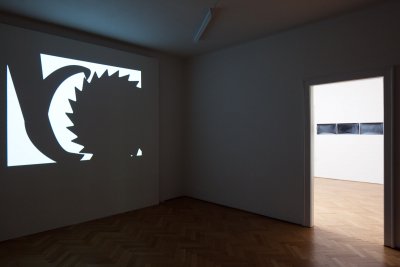 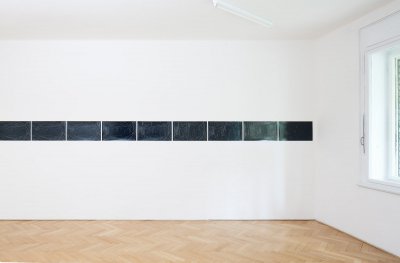 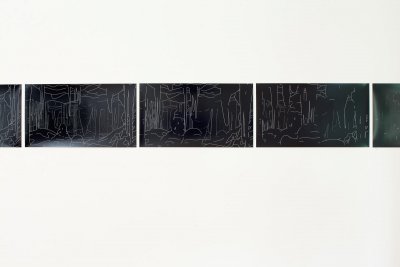