The viewers of Marek Meduna’s paintings might experience difficulty trying to find out to what degree the works are meant seriously and to what degree they represent certain type of a game, hyperbole or irony. The artist deliberately supports this uncertainty by the presentation method of his works which are often accompanied by site specific installations. We should, of course, perceive the paintings from the perspective of overall Meduna’s artistic work; also in relation to his previous activities in the artistic group Rafani. His painting style is often so varied that it is almost impossible to identify the painter as one and the same person. His works vary from in-detail elaborated pictures to speedily drafted, artistically relaxed paintings. Meduna can be characterised as a “chameleon-painter” who changes the form and expression in relation to what he wants to depict and what kind of impression he is trying to achieve. In his current paintings he often uses bright colours, which, however, is not a completely new aspect of his artistic work; we could see such bright colours already in earlier periods of his work such as in his series Moon is a hole in the sky (2007). This series introduced, among others, the theme of a grotesquely mutated body, the grotesqueness of which was reinforced by clowns’ masks and red noses. His current paintings, however, lack the direct comic aspect; they are reminiscent of wax models exhibited in the La Specola Museum in Florence or illustrations from 19th century anatomy books presenting the physical reality of the inside of a body to a frightened and confused viewer. His works may also be reminiscent of paintings by Yves Tanguy or Salvador Dalí. For their description, however, a dictionary of medical terminology proves to be more useful than terminology used in art theory. In the mind of a contemporary viewer, they might also conjure up images of props from lowbudget horror or sciencefiction movies. In this regard, Marek Meduna comes close to low aesthetics, camp art, kitsch or borderline artistic expression; a space attractive for its flamboyancy, striking colourfulness, simplicity and directness. It is, in fact, impossible to connect the depicted organs or shapes with any real-world objects. Nevertheless, they touch some deep and serious issues. They are the matter of its own, its symbol and representation – including the slimy and viscous surfaces. Meduna thus comes close to the ideas of the Milesian philosophers who, just like him, searched for the “arche” or primary matter – the material beginning of our world. 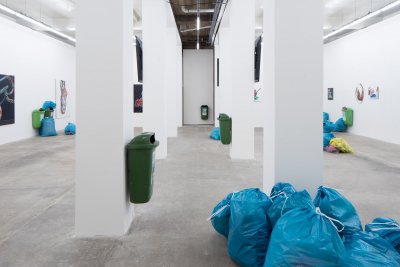 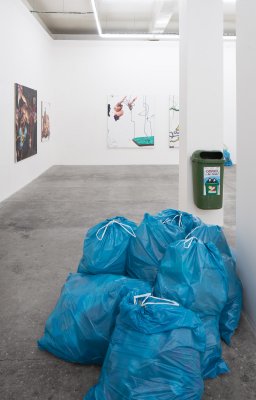 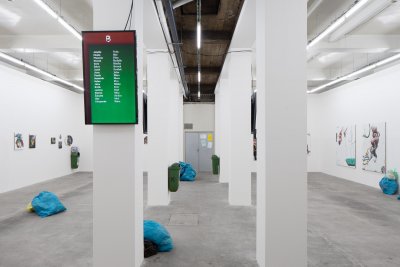 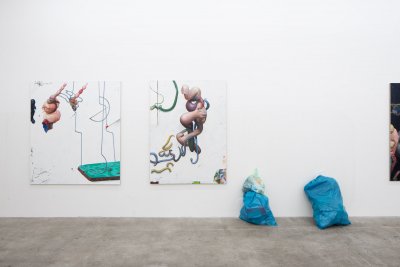 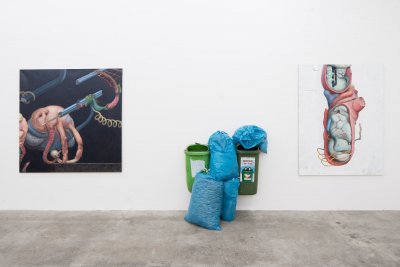 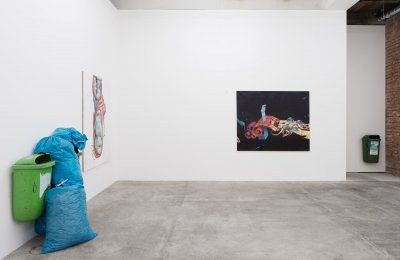 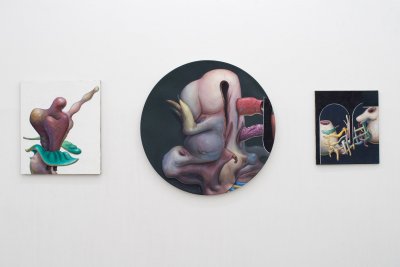 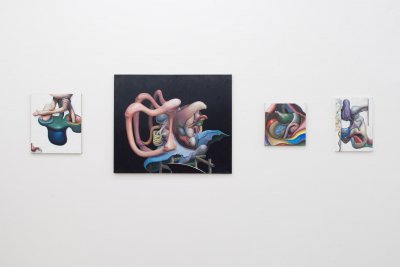 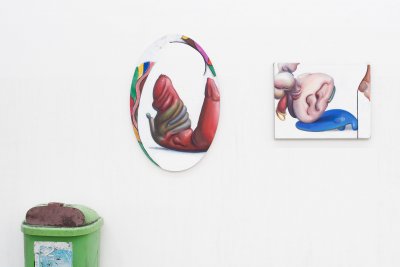 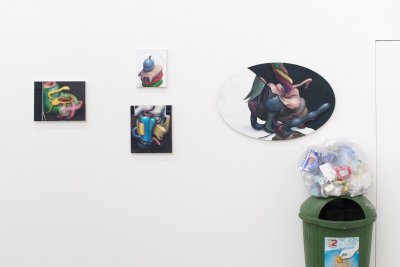 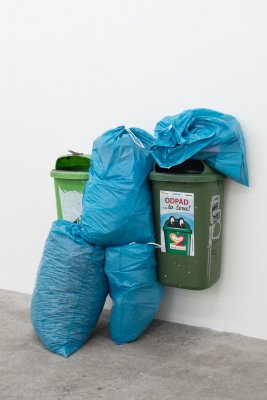