Laurent Dupont and Lucy McKenzie are artists based in Brussels, but they are now collaborating for the first time with a series of works they have produced specifically for SVIT while spending a month living in Prague. The gallery is on the ground floor of an early 20th-century villa that has been adapted for modern use by being divided into apartments. By introducing a series of ornamental features they have designed together, the artists take this modification of the dwelling a stage further.

Laurent Dupont is known for his series of ‘Objects’, an expanding collection that was begun in 2012 and has subsequently been shown in Los Angeles, Brussels and Vienna. His practice involves the purchase of inexpensive ornaments and household items from places like flea markets and second-hand shops, which are then altered and exhibited in the cities in which they are found. Many layers of acrylic eradicate their materiality and turn them into ‘artworks’, often looking misleadingly like casts or 3D digital prints. By being covered, or ‘hidden’, in this way, they are robbed of their function and take on the appearance of simulations of themselves. But even if ultimately they resemble sculptures, Dupont calls them ‘objects’, and regards them as paintings. They have parallels with the still-life arrangements used in rudimentary painting lessons to acquaint students with the challenges of depicting three-dimensional forms. Many questions arise from this. Painted layers homogenize, but are the idiosyncratic characters of different cities erased when working only with only discarded items? How do circulation and context determine value? The way in which the objects are shown also affects our reading of them, and their placement in SVIT enables them to loop back to the domestic world for which many of them were originally manufactured.

Lucy McKenzie studied at a private school for decorative painting in Brussels in 2007– 2008, and the commercial techniques she learned there have been central to her work ever since. Trompe l’oeil is a form of decorative painting, part of the alternative historical narrative of painting that remains independent of Modernism. McKenzie’s work often embraces tension and contradiction by employing essentially conservative artistic methods to express radical ideas. For SVIT she has created the faux-marble painted canvas for the support structures. Marble can symbolise authority, and the examples she has chosen here are taken from Prague’s heritage sites, and from buildings constructed in an age when those in power had limitless resources at their disposal. McKenzie makes parallels between marble as a precious material with today’s appetite for the genuine as cultural content. Political and ecological alternatives, subculture and the historic avant garde are subjects to be mined and polished, instrumentalised through appropriation into works of contemporary art.Trompe l’oeil, by proclaiming its inauthenticity, is highly aware of conceptual exploitation.

SVIT have deliberately kept the domestic character of their building, and Dupont and McKenzie have inserted themselves into the interior in the same way as any bourgeois couple setting up home together, claiming it as territory to be marked out with furniture and mundane objects. Their interest, however, lies not in affirming design culture, but in exploiting the potentials of a ’dream space’. Their installation is stylistically inconsistent, ambiguous and illogical, relating more to interior décor as it exists in scale models, architectural drawings, Surrealism and neoclassical painting. Simplified groupings of objects presented as still life, interior views through doorways and glimpses of the garden are all pictorial archetypes. The monumental fireplace, symbolic heart of any home, was inspired by imagining Plecnik’s interwar renovations of Prague Castle. Other supports include a marble reinterpretation of the original gallery table, a staircase to a non-existent wing and a room divider reminiscent of the Villa Mueller by Adolf Loos. Several display stands evoke a showroom or boutique, all supporting Dupont’s painted objects, but the displays, following the oblique logic of a dream, ultimately dominate the objects they are intended only to expose. 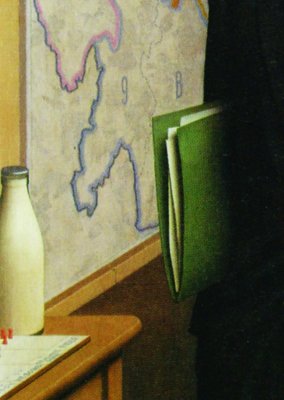 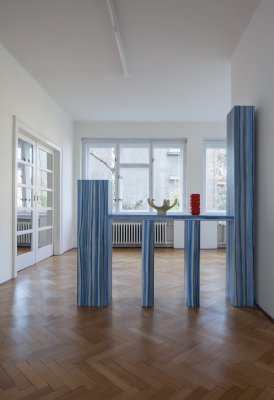 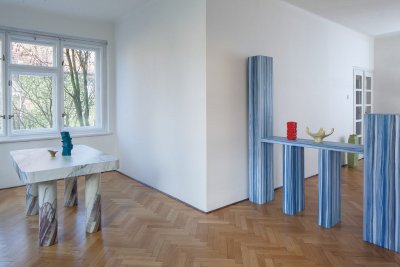 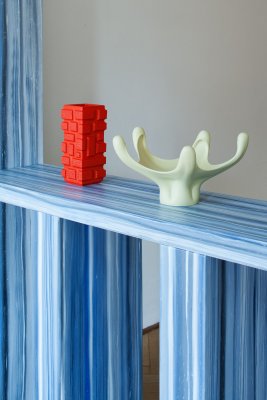 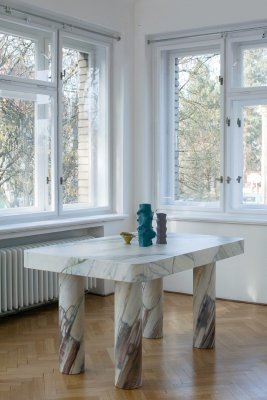 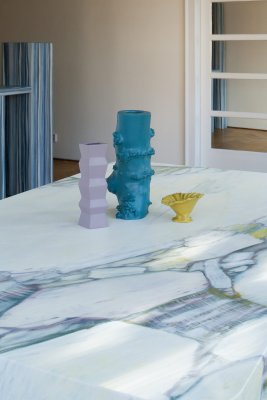 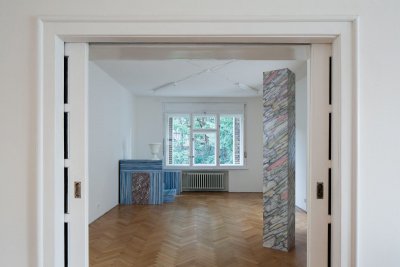 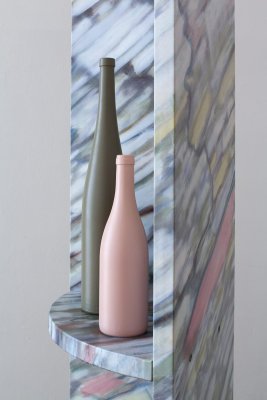 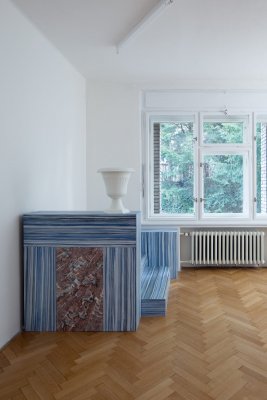 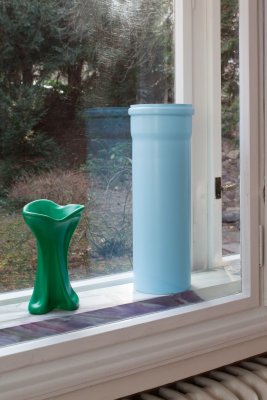 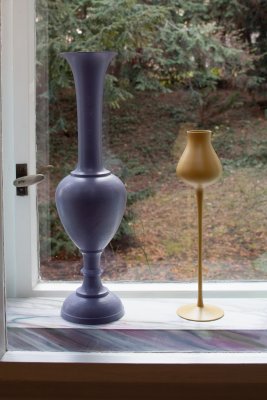 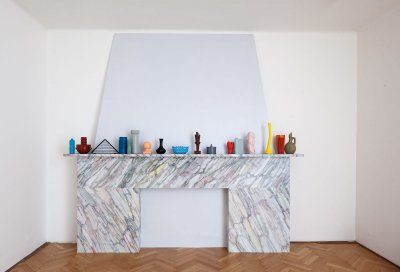 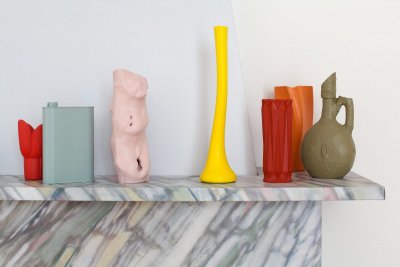 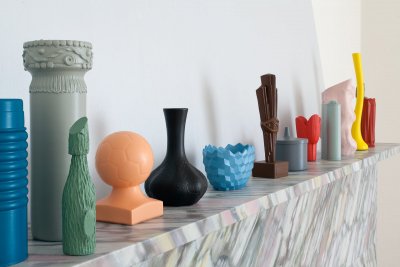 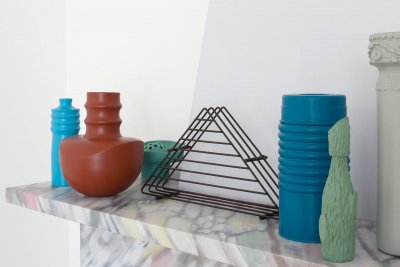 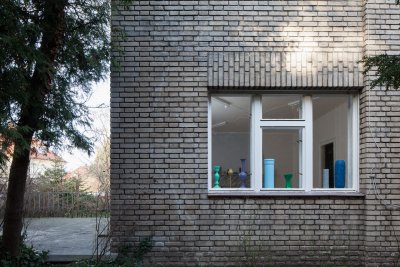