This exhibition is remarkable in that it is taking place at all. Indeed, these two artists are so different from each other that it is difficult to imagine their work juxtaposed in a single exhibition.

Andrew Gilbert's illus­trations are like artworks from children's books. They show the world for its cruelty using childlike detail and color, revealing scenes of shocking violence in contrast to this, the multi-layered collages of Anna Parkina are deep and laden with hidden
extralinguistic meanings.

Perhaps the only thing that links the two artists is the subject of war as a metaphor for mundane life. For some, that's a state of ceaseless self-defense embodied by the fear of an unpredictable future. For others, it is a confrontation with ones self about humility and coming to terms with the world as it is.

As such, this particular exhibition is about that rare occasion in which this oft discussed topic of war, when in the hands of such artists, suddenly becomes an actual revelation–one from whose heights our opinions up to now have come across as naive delusions.

As the title of the exhibition itself states, the show is dedicated to the military tactic of „ambush“. This frightening military situation, in which every minute one anticipates one's own destruction, or to be captured. But the artists approach the subject with unexpected perspectives. In their work the ambush isn't so much a point of despair or death, but instead a point of rebirth, when any experience loses meaning and the most resolute convictions and all hitherto priorities of life disappear. When only evil, against which we are left to fight, is an evil within ourselves.

Please see a full version of the text by D. Zabavin here 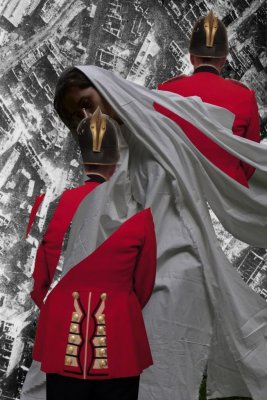 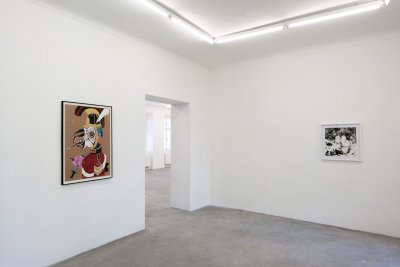 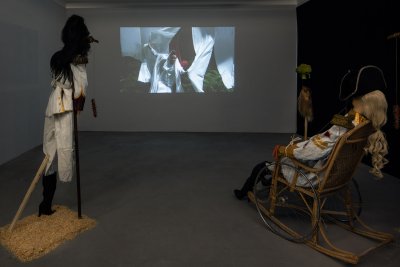 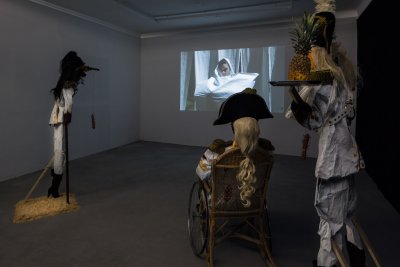 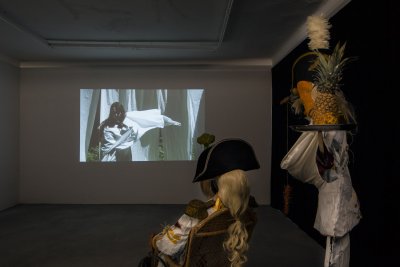 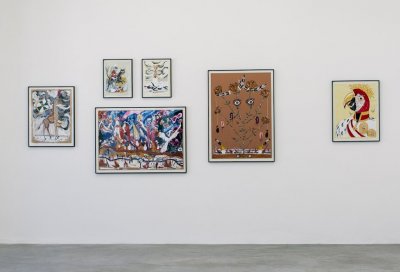 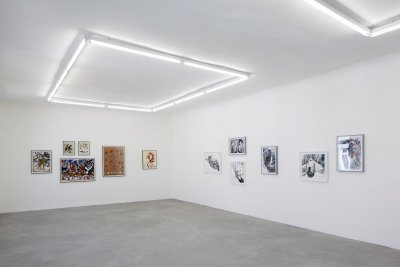 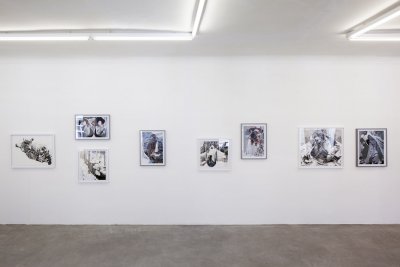 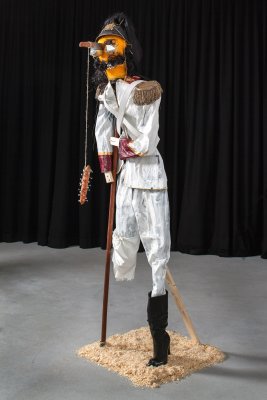 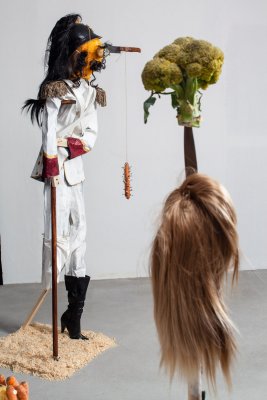 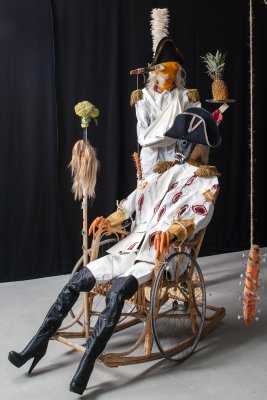 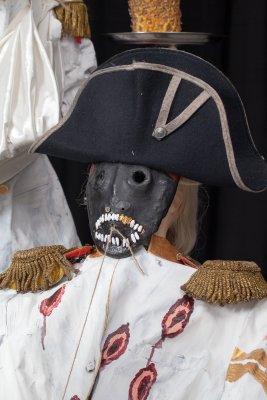 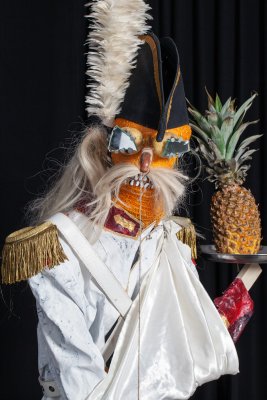 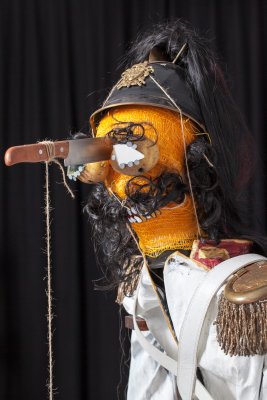