opening on Tuesday May 28 at 6pm

In her new paintings, which Alice Nikitinova is currently presenting in the Gallery SVIT, she is exploring the possibilities of interconnecting realism and formalism. The process that she uses can be labeled as analytical: her final works, which are on the border of geometric abstraction, arise by developing the inner logic of the actual object portrayed and its painting principles.

Among the canvases exhibited we can even find several series’ where we can see the author’s process step by step. Alice’s work is based on her captivation by trivial objects (old lantern, rumpled bottle, label with a brand, street lamp, banana box, etc.) in which the esthetical characteristics of the objects and the aura created by the history of their usage mutually emphasize one another. She starts with the veristic transfer of the image of a realistic object to the two-dimensional area of a painting. In the next phase, she turns to the actual media of expression: composition, rhythm, proportions, tension between colour and light formation, and the relationship of the shape of the object with the shape of the empty space around it. Due to their reduction the autonomic elements depicted become the foundation of the abstract compositions.

Alice herself speaks about formalism in relation to these works. I would say that the expressions “form” or “formalism” do not have a very good reputation in the discourse of current Czech visual art. Usually these terms are used in reference to the esthetic or material characteristics of a piece of work which are perceived as something superfluous that takes the attention away from the main concept, which should be primary. Focusing on the form is often associated with a decorative approach where a shallow content is wrapped in a beautiful cover. From here arises the requirement to stay immune to the lures of “the demon of form”, and to scorn those who succumb to it. Artists who are willing to admit to themselves that form is nevertheless important to them are faced, as a result of this scepticism, with making the sad choice between the feeling of guilt and anti-intellectualism. In either case, they are not able to defend their interest in art form in another way than as purely personal: they justify their choice of motifs, shapes, colours or formats by saying that they “just like them”. Alice absolutely surpasses this roaming around “the form”. Her tendency to the so-called formalism is not the result of intuitive longing but a conscious decision based on an intensive reflection of her own processes and at the same time based on her deep knowledge of the legacy of modern painting. To Alice, formalism represents an analytical investigation of means of expression of artwork, in her case it is primarily painting. Her paintings are an image reflection of the way they are developed. Using traditional terms of the formalistic theory: Alice uncovers the procedure of the construction of a painting, she makes its constructional elements unique and through this she brings the attention to the actual language of painting.

The fact that the way Alice works is possible to be described using one hundred years old conceptions of art work, should not mean that it is something historically exceeded. On the contrary, one can experience an intensive feeling of topicality through the contact with her work. By this I do not mean a linkage to current painting, whatever it may be, or a relation to other period trends, but the impression of an adequate portrayal of the present: as if the same perceptions that are nurtured in us by the scenes from today’s daily life were condensed in her paintings, objects and installations. How does Alice manage to achieve for her work, which sprouts the legacy of high modernism abstract painting to simultaneously express so eloquently the impression of the world that we live in today? I believe that this topicality effect is related to another tradition which Alice follows up on – to the esthetics of everydayness. It is not necessary to really emphasize the fact that the interest in everydayness makes up one of the important characteristics of recent Czech art. The ability to discover the esthetic potential of worthless objects and insignificant situations, the ability to make commonness special and by doing so redeem it from being doomed to oblivion, is a trait which places Alice in the same category with some contemporary Czech artists included in the conceptual tradition. Perhaps it is here that the false local opposition between conceptualism and painting collapses. Alice’s original contribution to the wider tendency of interest in everydayness is its dialectic interconnection with the legacy of modernistic painting: an ephemeral object from the street is immortalized with the help of the language of geometric abstraction, which simultaneously gets revived by it. 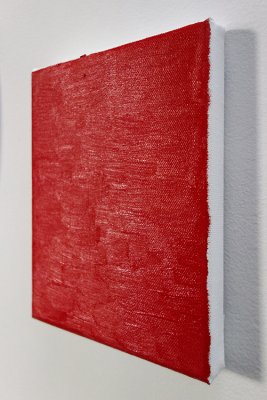 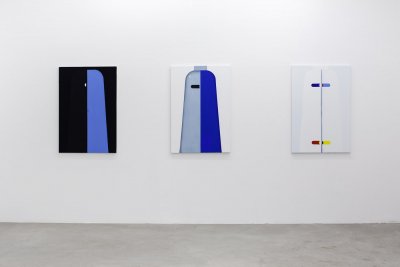 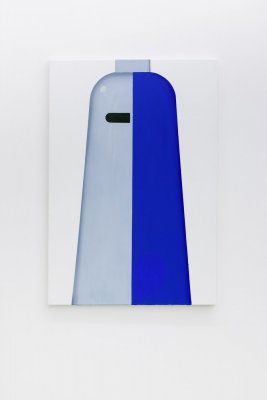 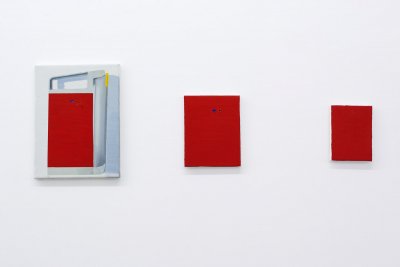 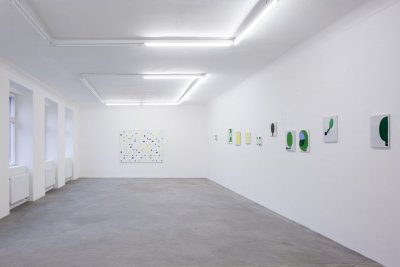 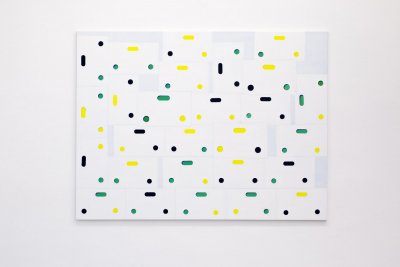 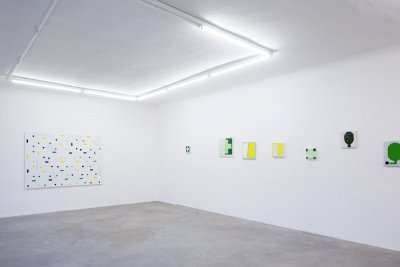 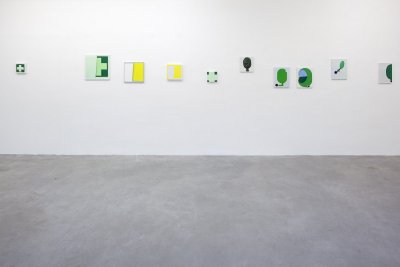 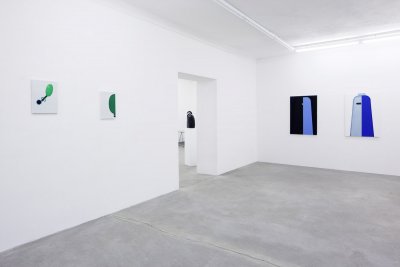